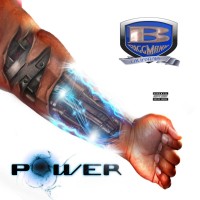 Demarco “Biggmann” Thomas When you want explosive hip hop energy, exciting stage presence and raw talent-- you call DeMarco “Biggmann” Thomas. The San Francisco born lyricist is passionate in all aspects of his craft and has emerged with a new chart topping sound. The skilled mastermind has a story to share, one that is packed with hot new music, visuals and live performances. As a young man he struggled with major responsibilities, although he earned a scholarship in high school, he faced the need to help provide for family and dropped out of school. Despite life challenges, he took charge of his future and returned to high school as a proud member of HJ Frat Crew, better known as “Biggmann”. He was exposed years ago to the likes of a young man who would eventually become the dynamic hip hop artist, Tupac Shakur, it would turn out that Biggmann’s fun filled night of rapping at his 13th birthday party became the spark to what later became his dream...making music. Biggmann became active in the Sacramento community as a coach at the Oak Park Community Center and became plugged into the local music scene. He entered a weekly rap battle on Sacramento’s Radio Station FM 102.5 and lost his first battle to MC Yoshi but radio host Ebro (Now radio personality for New York’s Hot 97), told Biggmann “You’re good man, callback in two months!” Not only did Biggmann return to win the contest, he became the undefeated champion for six weeks straight. It was only a matter of time before word on the street dubbed Biggmann as the fresh new rapper with the ultimate“It” man factor. Biggmann’s resume has grown to include a discography of 8 solo albums, 2 mixtapes and is featured on several collaborative projects including: Keak Da Sneak, Marvaless, Doey Rock and Cap Biz. His high quality performance possesses a star quality both in the studio and on stage, earning him opportunity to open for artists such as: E40, Waka Flaka and Twista. His work ethic, street team and fans continue to reflect his brand “Positive InnerG” which has recently been extended to an exciting new clothing line. Biggmann aspires to win a Grammy as proof that with positive energy we can all overcome any obstacle put before us. . Check out Biggmann’s latest album release of 2014 “Unstoppable” available online at: https://itunes.apple.com/us/album/unstoppable/id811556388 Discography: Kirizma Shyne Tyme Joe Clark King BiggMann Off Top Water Torture Unstoppable Featured on: Hustle Hard Presents: Hustlin', The Untold Story Eklips Da Hustla, Heatrocks Miss Me, Valley Girl (Produced By Biggmann) Sick Wit It Records, 916 Unified Armageddog/Short, Fuse Complications Omina Labs Presents: Hip Hop Mixtapes: Pure Titanium U.S.A. to the U.K. Website: http://biggmannisunstoppable.blogspot.com/ FaceBook: https://m.facebook.com/profile.php?id=160714560642623&_rdr Twitter: https://mobile.twitter.com/BIGGMANN Written by: Marianna Sousa