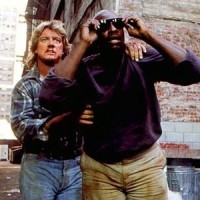 Just an average guy who found the sunglasses.

Tweet
My picks for the best broadcasts of the week. Official 911 stories are debunked and video fakery is explored as well as who was really behind the attacks. Learn to make your own soap!
Listen   62:03

Tweet
Money addiction and money's affect on culture and society. The elite's control through addiction and the end result of their own mental illnesses. Learn to make your own toothpaste!
Listen   60:46

Tweet
Podcast 3 - My picks for the best talk radio/podcasts for the week. A recap of a singular reality and an introduction to cognitive dissonance. Also, your personal paradigm and how we're affected emotionally by new information.
Listen   53:08

Tweet
Finishing my observations on the joint Israeli/US 911 false-flag operation, specifically the unlikely destruction of Building 7 and the murder of Americans within. A discussion on the psychological definition of evil. Jewish domination of finance after the Battle of Waterloo.
Listen   61:50

Tweet
In podcast #7 I revisit the concept of cognitive dissonance and introduce Betsy McGee's "Super Witness Steve Silva", the essay How the Jews Won the West and a revealing prank phone call on the Queen of England showing the true power of the crown. Also a podcast by Maxeen Konrardy is discussed.
Listen   81:02

Tweet
A continuation of absolute vs relative morality and how it relates to Malthusianism. Introduction to an objective reality and the need to question your beliefs.
Listen   57:58

Tweet
My first podcast! A random rant on the crimes of the United States and a quick discussion about moral absolutism vs moral relativism in popular culture.
Listen   44:20

Tweet
In podcast #8 I briefly discuss the best broadcasts/podcasts of the week and then go directly into diet and exercise recommendations. What is the best diet for a human being? Tune in and find out. Learn to make a killer cup of coffee!
Listen   83:47

Tweet
Capitalism and Education are discussed. Two movies, "Hoop Dreams" and "Consumed" are discussed. The best podcast of the week and a critique of Joe Rogan's podcast.
Listen   73:36

Tweet
Ohalahan’s Observations Podcast 11! My picks for the best podcasts of the week. Magical thinking and rigorous languaging within the context of Christianity. Spirituality and the illusionary nature of reality.
Listen   68:11
← Previous 1 2 Next →