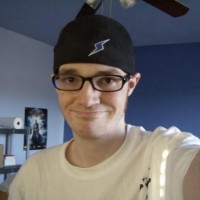 The Nerd Fortress podcast with Devin The Cool and Diehardgamer!

Tweet
We don't have a topic for the 2nd week in a row, but that didn't stop us from talking about the latest about the Toei Japan Channel as well as the return of Hiroshi Fujioka and his role of Takeshi Hongo, in Heisei Rider vs. Showa Rider: Kamen Rider Taisen featuring Super Sentai, go over the character profiles for the 5 core members of the upcoming 38th Super Sentai, Ressha Sentai Tokkyuger, give our thoughts on the premiere debut trailer for Power Rangers Super Megaforce, talk about Nintendo's ongoing financial troubles and what it generally means for us consumers, go over some latest anime acquisitions from Sentai Filmworks and talk about a notoriously violent manga that will be getting an anime adaptation that will most likely never air on Toonami and more in this edition of the Nerd Fortress podcast!
Listen   141:10